How to break down blocks in your life, marriage and parenting.

From our very earliest memories we can learn much about what we have come to believe about ourselves, others and life. Our mind has many files inside, where every experience we have had, or not, stories we have heard, things we have seen, etc.…have been filed. From the information we have collected in a file, we create a belief. This belief, when we are certain and do not question the sources, guides our actions.

How do you think someone that believes marriage should be easy, and naturally partners should get along if they love each other, would respond to couples therapy when things were not going as expected?

Probably not be very open to the necessary effort required to work together.

Our beliefs can limit what we are capable of as well as our relationships.

There is a story I like to read to my son. It is about a monster that loses his mean. He frantically looks all over for it and is teased by his other monster friends. He feels alone and lost until one day he finds friends. He begins to have all these new experiences with these friends and questions whether he really needs his mean. One day when he runs into his old monster friends, they begin teasing him the way he was having fun and enjoying his friends, not being ”monster-like.” He starts to think they are right, he really is a monster and should act like one, so he tries to do mean things. It turns out he doesn’t have it in him and instead does something nice. One day his friends throw a surprise party in his honor and he realizes how lucky he is and how much he has gained. He no longer needed or wanted his mean.

The monster believed for so long that he was mean and acted like a monster should act, doing mean things. There was no question about it, he was certain that he was a monster and that monsters are mean. It wasn’t until he had a new experience and began to question his old belief that things changed for him.

We all do this. We all have beliefs that are so ingrained in us that we do not question the source. We do not challenge how valid this belief really is, yet we allow it to guide our actions every single day. Even when it is limiting our potential or the potential of a relationship.

You can change this. You have the freedom to question your beliefs. Create new beliefs that work for you. That move you forward. That empower you.

Consider for a moment a belief you have about your spouse/significant other.

How has this belief limited your view of this person? How has it informed the way you deal with this person? What are things you do or say?

For example, if you believe your spouse is not as good of a parent as you are. How has this limited not only your view of your spouse, but how you respond to his/her efforts?

Now, what is a belief you have about your child that may be limiting your view and interactions?

A couple I worked with believed that their daughter was aggressive and in need of constant attention. This made their daily interactions quite overwhelming and often led to arguments. When this belief was questioned, the couple was able to come up with many examples of how loving their daughter was and how much she needed them to help her to handle her big emotions. They were able to see her best self and so when she became “needy” they were able to respond with love rather than anger and frustration. (I will share more another time a technique to help create this elevation.)

What if you could see things about your spouse, your child or even yourself differently?

I know you have experiences that give you reason to believe all these things, but let’s consider the possibility that things are not exactly what they seem.

For so long early in my relationship with my husband I would get frustrated when he would lose a personal item, ask me where it was as he looked, and would keep asking until I got up and found it. It would be sitting right in front of his face and he would not see it. It would drive me nuts!

Fast forward about 18 years and he still does this. I believed for so long that he just would not put any effort into looking for it and wanted me to do it. This was my belief.

I started challenging that belief. I framed it in a much more palatable way by telling myself he is just looking so hard that he overlooked it. This helps me to see things, and respond, better.

We can do this with any belief.

Do you believe your child is just difficult? When is he not? What is different when he is good?

Keep expanding on this vision. Make this your new source of reference for your child. See her as good and at times having some challenges that she needs help with. Believe that she is good. Your relationship will be a whole lot smoother.

Practice this technique of questioning a limiting belief you have that is holding you back from making a personal change or a change in your relationships. Once you start to break it down with questions, find new references and expand on it. See things differently and change will flow. Best wishes!

Decline the Invitation: How to Step Out of Relationship Conflicts

How to Give to Your Relationship When You Are Maxed Out

Decline the Invitation: How to Step Out of Relationship Conflicts

How to Find Courage to Be Uncomfortable

What Men Want From Their Partner

What Women Want From Their Partner (Hint: it is not to be rescued)

Quarreling during Quarantine: Tips for Couples to Manage Conflict

5 Tips to keep your stress levels down and tend to your mental health. 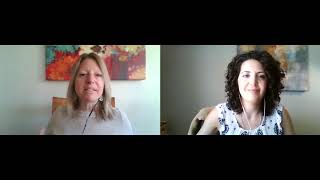 My child does not listen to me. What can I do?